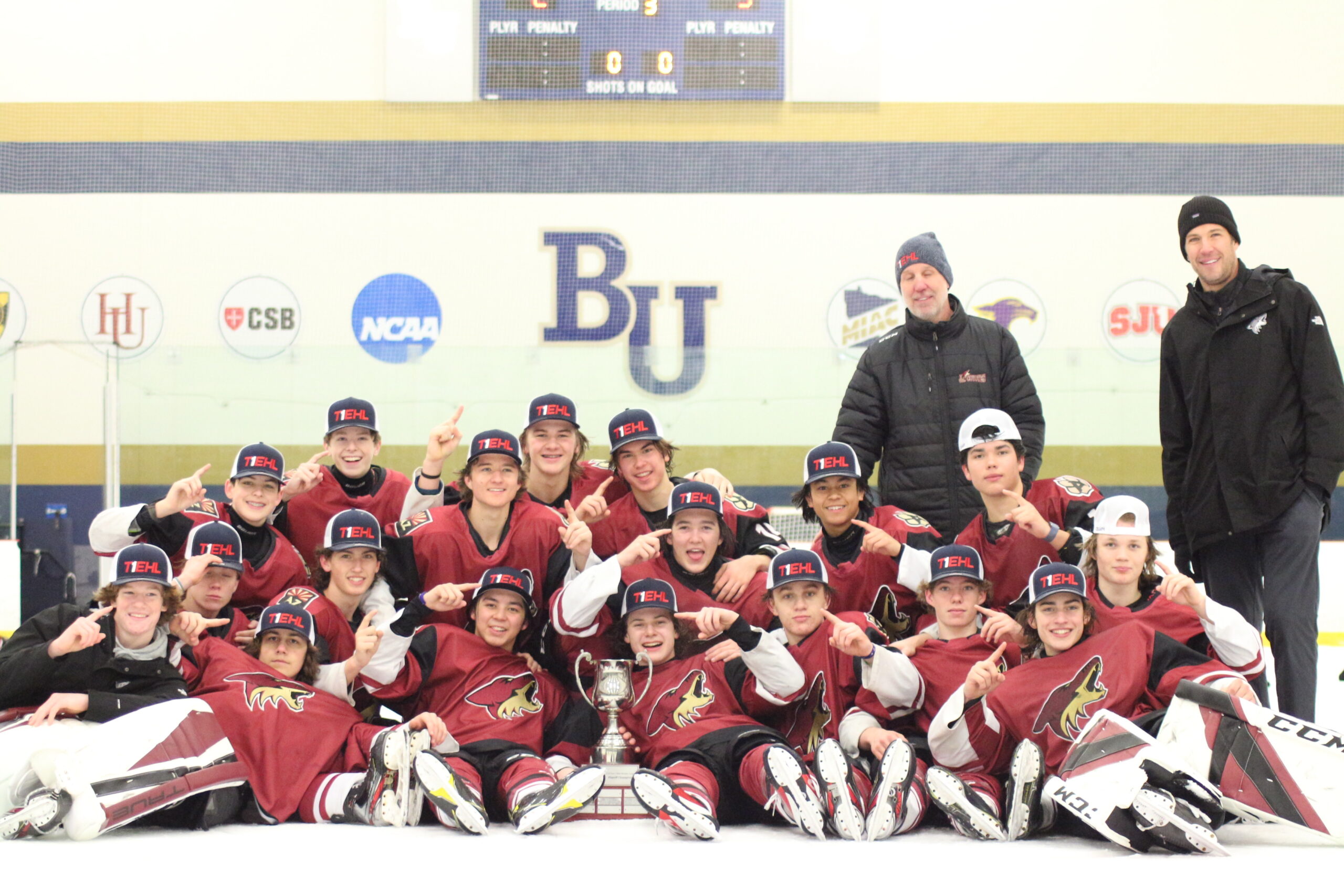 This. Is. Hockey. What a weekend for the champions of the Tier 1 Elite League 15O Upper Division Champs, Phoenix Jr. Coyotes!! An exceptional congratulations to the players and coaches who showed determination and perseverance throughout the weekend. In the final showdown between Phoenix and the Cleveland Jr. Barons, Phoenix came out strong and took a 2 goal lead in the first. Cleveland popped their first tally midway through the second, but Phoenix pushed the two-goal lead again with 5 to go. With 6 minutes remaining in the 3rd, Cleveland brought the game within a 1 goal margin, but could not pull off the comeback leaving Phoenix to finish the game at 3 – 2. Congratulations to Phoenix Jr. Coyotes for an outstanding weekend and for taking the championship title in the 15O Division!!!

Congratulations to both teams on an excellent season, and a fantastic conclusion to a hard-played weekend! Where do you go from here? Everywhere.