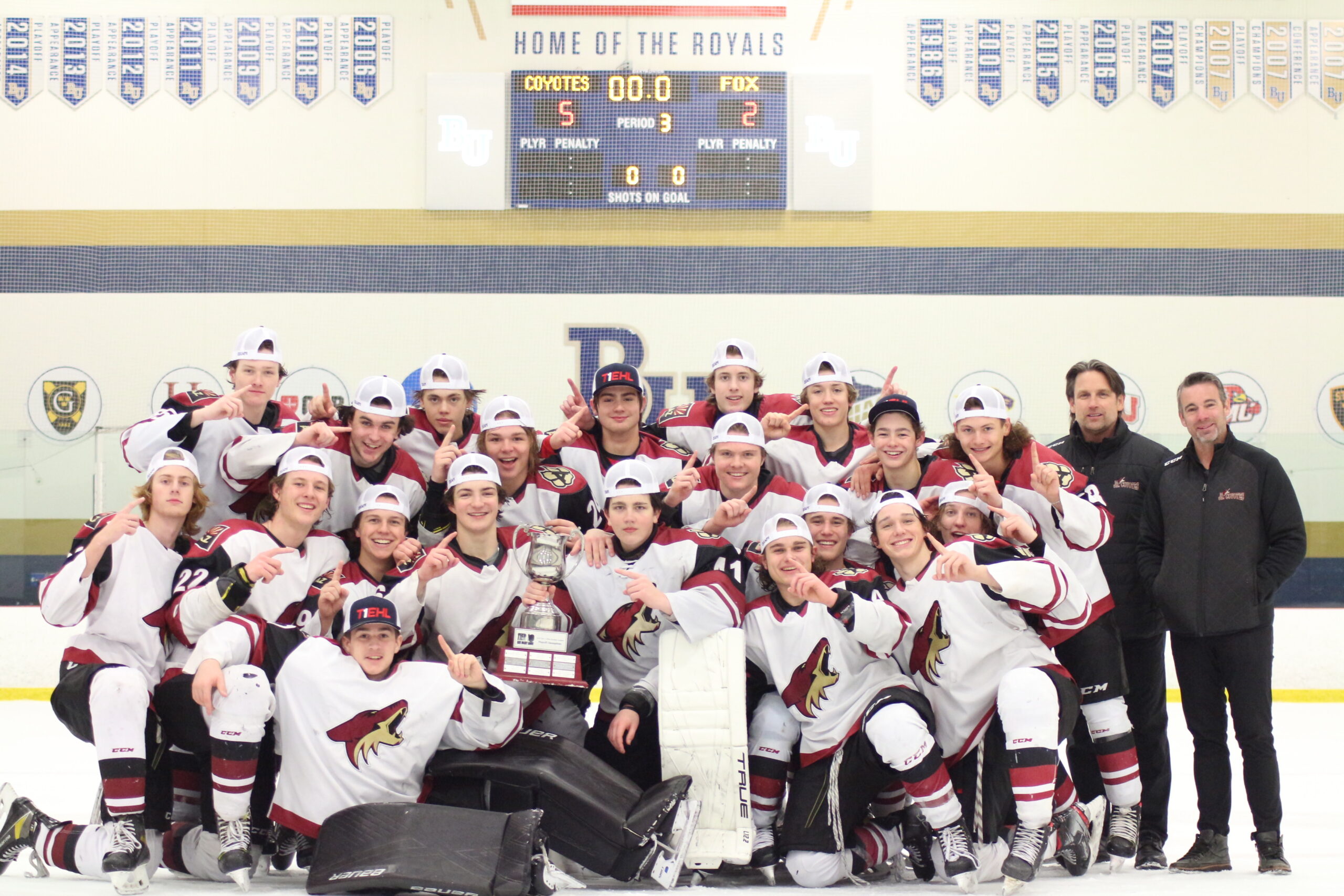 Congratulations to the Phoenix Jr. Coyotes, the 2022 Tier 1 Elite Hockey League U16 Playoff Champions!! Following immediately in the footsteps of a Phoenix 15 Only championship title, the U16 Coyotes also proved to be the best of the best in the Playoff contest. The championship game between the Phoenix Jr. Coyotes and Fox Motor was the culmination of a fantastic weekend of hockey. Fox laid heavy pressure in the 3rd, making it a tight and exciting final minutes of play, but the Coyotes held through to the end.

These teams pushed the envelope and gave the crowd something to stand on edge for, making this a memorable conclusion to an exceptional weekend of play. Congratulations to both teams on an excellent season, and a fantastic conclusion to a hard-played weekend!

Where do you go from here? Everywhere.