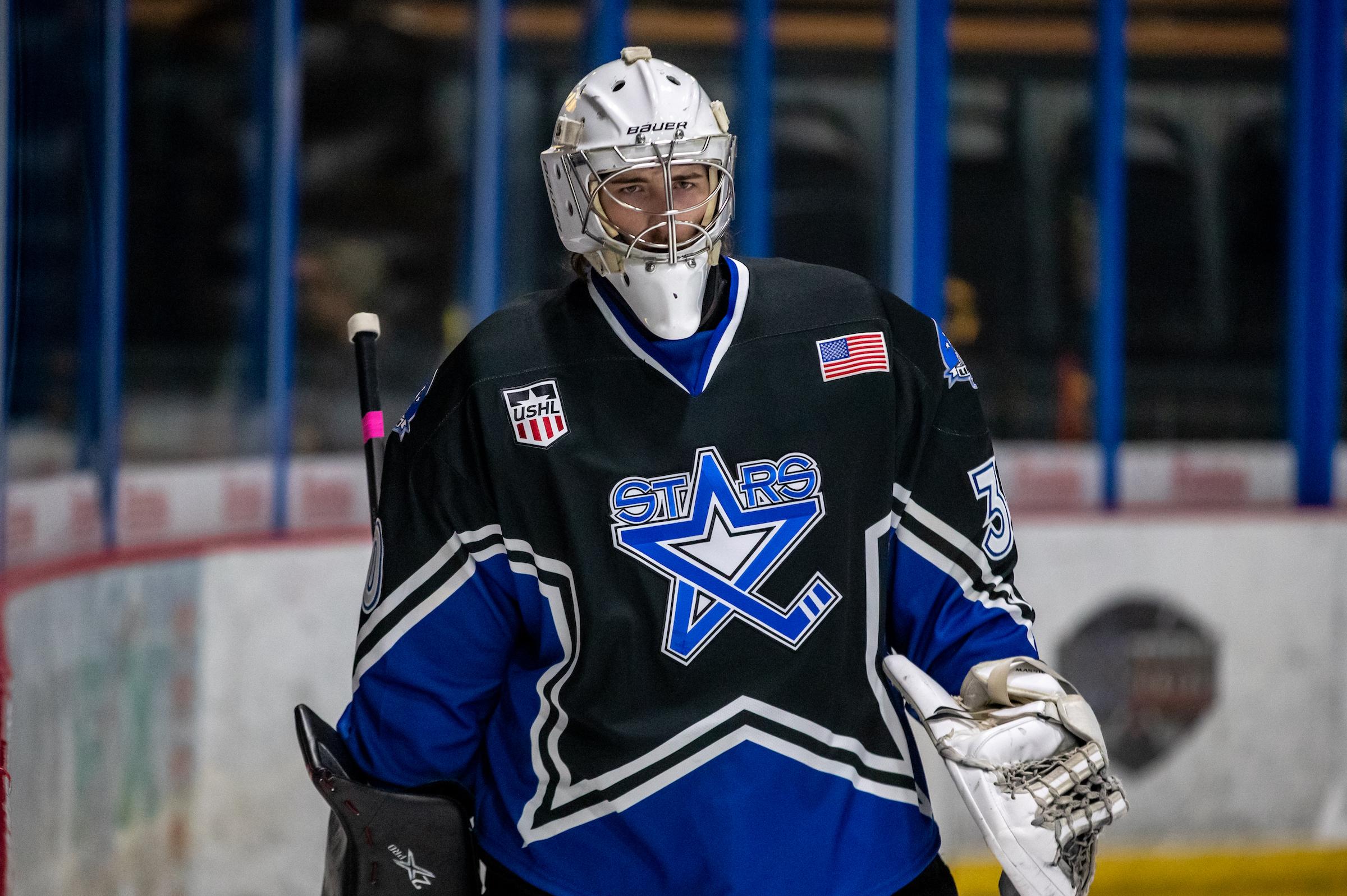 We are incredibly proud of Massie and all of our players who continue to advance in the ranks of hockey. Where can you go from here? Everywhere.

The article below was featured on the Jr. Ducks website written by Chris Bayee.

Lucas Massie has no problem sticking with the process.

When the goaltender made the Lincoln Stars roster last summer, he knew he would have to back up a goaltender who was an NHL draft pick and had already committed to a Division I college. So Massie did what he’s always done, he worked.

When he received a taste of playing time in the United States Hockey League, Massie played well enough that he drew plenty of D-I interest of his own.

As a result, the 2003 birth year recently committed to play at Union College, and in the process became the 69th player with ties to the Jr. Ducks to make such a commitment.

“The Jr. Ducks played a huge part, probably the biggest part, of my hockey development,” Massie said. “The coaches I had were very influential. T.J. Miller (his Pee Wee and Bantam coach) was awesome, and we have a great relationship. He’s an amazing coach.

Massie, who played a big role in the Jr. Ducks 18U AAA team reaching Nationals in 2021, has advanced another step each of the past couple of seasons.

“We had to overcome some bad bounces at Districts that season, but Lucas made some big saves that gave our team confidence, and we pushed through to Nationals,” Aiken said of the 2021 run. “His confidence grew, and he was really good at Nationals.”

“It was huge playing that many games (in 2021-22),” Massie said. “It was an expansion team, and we went through some growing pains. Working through those served me well. I figured out my routines, how to do game prep on the bus, those sorts of things.”

At Lincoln, he’s found himself behind Northeastern commit Cameron Whitehead, whom the Vegas Golden Knights picked in the fourth round in 2022. Still, Massie has fashioned a 6-2 record and .909 save percentage in 10 appearances, and he’s had five games when he’s allowed only one or two goals.

“I knew going into this season I’d take a lesser role. It was going to be a two-year process at Lincoln,” Massie said. “Being able to play in this league will serve me well. It’s super skilled, tough to win games in. That’s the challenge.”

He added that going through the experiences of navigating a tryout camp and then main camp also benefitted him even though “they were nerve wracking. I was unsure if I’d make the team.”

That approach reveals one of Massie’s biggest strengths, Aiken said. The goalie never gets too far ahead of himself.

“He works so hard, doesn’t take anything for granted,” said the coach, who first got to know him when he was an assist on Miller’s 14U AAA team in 2017. “(The college commitment) is well deserved. Lucas works so hard. He’s got good size (6-foot-1), and he’s very athletic.

“It’s awesome for him, and awesome for the program because it shows that if you work hard and stay focused on developing, you don’t have to leave the state early.”

The coaching relationships paid dividends while he was playing for the Jr. Ducks, and Massie said the one’s he’s building already with the Union staff, led by first-year coach Josh Hauge, were among the influential factors in his decision.

“I’ve built a great relationship with the entire staff,” he said. “They’re great people, and they have high aspirations for the program. The school is very strong academically, and very close knit, which I like.

“It’s the only D-I sport at the school, and the support from the town and the students is strong. There is no downside.”

As he has throughout his hockey journey, Massie is taking it one day at a time.